How to Negotiate Casualty Loss Protections in your Commercial Lease

With worsening wildfires, heavy rains, and mudslides threatening commercial structures across the State, the importance of casualty provisions in California commercial leases has increased in recent years. Along with rising uncertainty regarding the susceptibility of certain properties to damage and loss, casualty provisions have become the subject of heavy negotiation between landlords and tenants. This article discusses the rights and obligations typically set forth in a commercial lease arising from a casualty event, and provides guidance on how a commercial tenant can negotiate for certain casualty provisions to best protect its interests.

Understanding the Basics of Casualty in a Commercial Lease

The casualty section of a commercial lease identifies the circumstances in which a landlord and tenant will be obligated to restore the leased premises following a casualty event. Alternatively, depending on the extent of the damage caused to the premises by the casualty event, a casualty section may establish the rights of the parties to terminate the lease.  As such, any prospective tenant should thoughtfully assess the impact that a casualty event might have on its business, and negotiate its casualty and termination rights accordingly.

How Does Insurance Affect a Casualty Event?

The most common circumstance in which a landlord and/or a tenant will have the right to terminate a lease, occurs when the premises is totally destroyed. Other than total destruction of the premises, a casualty section might also provide the landlord with the right to terminate the lease in the event that: (i) the damage caused by the casualty event will take longer than some period of time to restore (e.g., six months is commonly used); or (ii) some portion of the premises is destroyed and rendered untenantable (e.g., anywhere from 25% to 50% is used); or (iii) the casualty event is not covered by the landlord’s property insurance (e.g., earthquake damage).

If a tenant is confident that it can withstand a casualty event and its primary concern is continuing its lease despite the casualty event, then the tenant should negotiate to limit the landlord’s termination rights described above. With respect to the landlord’s termination right described in subsection (i) above, the tenant may negotiate to extend the time period resulting in termination from six months to a longer period (e.g., twelve months). In negotiating to extend this time period, the tenant should emphasize the work necessary to restore the premises, which may include securing an architect, approving plans and specifications, obtaining permits, working with the insurance company, hiring a contractor, and performing the actual restoration work.

Those collective obligations will likely take much longer than six months to fulfill, and tenants should negotiate to extend the time period required for a landlord to terminate the lease (e.g., twelve months). Additionally, most landlords carry at least one year of rent loss coverage and since tenants effectively pay for such coverage through triple net expenses or gross rent, landlords will generally concede to extending the time period required to exercise a termination right to twelve months.

Preserving the Value of Tenant’s Improvements

Often times, tenants will invest substantial time, money, and resources into their leased premises through alterations, improvements, fixtures, and signage. Accordingly, tenants may incur substantial losses if the landlord has broad termination rights arising out of casualty events and property damage, including the right to terminate a lease in event of a casualty with minor uninsured damage to the premises. With respect to the landlord’s termination right arising for an uninsured casualty event described in subsection (iii) above (i.e., the casualty event is not covered by the landlord’s property insurance), tenants should negotiate to insert a threshold restoration cost for the landlord to have the right to forgo restoration of the premises and terminate the lease.

How do you Protect Tenant’s Termination Rights?

Most commercial leases limit the tenant’s right to terminate the lease in the event of casualty resulting in the total destruction of the premises.  As discussed above, however, there may be circumstances under which a tenant would benefit from the ability to terminate its lease following an event of casualty. Tenants concerned with the impacts of potential casualty events and desiring the flexibility of relocating their business should negotiate for additional termination rights. Common tenant termination rights include the right to terminate in the event that the premises will take longer than some period of time to restore (e.g., six months), or in the event that the landlord has commenced restoration of the premises, but has not completed restoring the premises within some period of time (e.g., six months).

Additionally, the tenant can negotiate for termination rights similar to those of landlord, including the right to terminate in the event some portion or more of the premises is destroyed and rendered untenantable (e.g., anywhere from 25% to 50% is used). Additional termination rights will give a tenant the option, if necessary, to terminate the lease and relocate its business rather than remaining bound by the lease and bearing the burden of disruption and delay caused by a landlord’s lengthy restoration of the premises.

Ultimately, the impact that any casualty event might have on a particular tenant hinges on a number of factors, including the tenant’s particular business, the strength of tenant’s brand, the location of the premises, tenant’s prior business performance in the premises, and the severity of the casualty event.  In light of the foregoing, it remains prudent for tenants to carefully consider their susceptibility to damage arising out of a casualty event.  Armed with an informed and honest assessment of the impacts posed by casualty, tenants should be well-prepared to negotiate for appropriate casualty provisions, including the right to terminate the lease as a measure of protecting the tenant’s business into the future.

* Tenant Tip Series is a series of different tips provided by Baker Burton & Lundy for commercial tenants to consider while negotiating retail leases, restaurant leases, commercial leases or industrial leases. This series will regularly address a variety of important tenant-oriented issues that arise during lease negotiations. 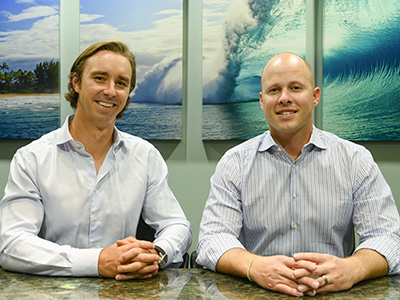