Muhammad Ali and Me – Fighting for POWs in Vietnam

I always thought that Ali was larger than life until I was sitting across from him on a chance limousine ride we shared to the Philadelphia airport. This was long before Parkinson’s disease quieted the voice of this great orator. And my conversation with him was nothing less than ethereal. At that point, he became simply a man with a great heart. I was a young attorney and suddenly working on the biggest case of my life – trying to discover the truth about what happened to my father, USAF Major Albro L. Lundy Jr., when his Skyraider plane was shot down December 24, 1970.

Looking for my Father

In my mind, I had lost my father when I was 10 years old while he was flying a search and rescue mission. I later found out it was a secret mission to save the lives of Laotian allies and CIA operatives. One day, one Saturday the day before Easter in 1991, I received a letter from a judge in Kentucky who said my father, who had been declared dead but his body had never been recovered, might still be alive and held prisoner as a Prisoner of War in Vietnam. I wept when I read this letter for I had done nothing to save my father those 20 years.

So I set off on a quest to bring my father home should he still be alive and held in captivity in the communist recesses of Laos or Vietnam. I didn’t meet many people who knew where Laos was much less how it was involved in the Vietnam War. I traveled all over America and even to Southeast Asia in my quest.

On one of these journeys, on that chance ride I shared with the Champ, I shared with him the story of my lost father. The Champ asked me, “Do you believe he is still alive?” I answered, “The only spiritual, the only logical, and the only moral thing I can do is to believe he is alive until I can prove otherwise.” Ali looked at me, his dark eyes searching my soul and connecting with my heart. He said to me, pounding his right fist into his left palm repeatedly, “You and me, let’s bring him home. Let’s go get him.”

I had no experience with Muhammad Ali until this point and my doubting Thomas mind was amazed yet wondered if what Ali had declared, that we would find my father together, was nothing more than an empty promise. Ali was a man of his word. In the months that followed an expedition to communist Vietnam was arranged by Let Freedom Ring Inc., a nonprofit organization.

Muhammad Ali Travels to Vietnam to Save Instead of Fight

Ali and I, with a cadre of POW family members and advocates, took off to North Vietnam, a country that by refusing to fight, Ali had risked his freedom and had been stripped of his World Champion Belt. He would not to go Vietnam to fight then but now was willing to go there to save. I can recall like it was yesterday, Ali sitting next to me as we were landing on a dilapidated airstrip in North Vietnam saying, “I can’t believe I am here. I spent so much of my life fighting not to come. But now I am here to bring your dad home.” I had no response. The magnitude of his statement and the reality that I was living took my words away. I just reached over and grabbed his hand and said “Thank you.”

Meeting with the North Vietnamese

I thought that if anyone could bring my dad home if he was still alive it was Muhammad Ali. When we met with the Premier of North Vietnam and later the Politbureau, which really controlled the decision making of North Vietnam, Ali was brilliant in negotiations. I will always remember him describing to the Premier how the world was his home and each county was a room within it; and we as family living in that home should work together for peace.

Then, he brought up my father and asked – if he was held by the Vietnamese (who ruled Laos), would they release him? And I can remember so clearly, the Premier saying, “Champ, if this was between our peoples, we would have resolution. But this is between our governments. And out of my and your hands.” Later when we met with the Politbureau, they so much as admitted that they still held prisoners of war, but under their interpretation of the Geneva Convention did not consider them prisoners of war but air pirates and merely criminals deserving of Vietnamese punishment.

It was tragically devastating when we realized that our hopes of Ali bringing a man, a POW, home were not going to happen. At that point, we then needed to be as cordial as we could to the North Vietnamese yet not allow them to use us as propaganda. This was not an easy task. In 1994, Ali was one of the most recognizable men in the world.

Crowds followed him wherever we went. He would always entertain the children who flocked around him with magic tricks and give them simple hugs of love. Ali was not interested in tourist attractions and government appointments. He came to bring the POWs home, and if he couldn’t do that, he had little patience for the rest of what the Vietnamese had planned for him. But he ultimately made a decision for equanimity. If he couldn’t bring the POWs home, he could at least be the ambassador for the US and the World. And he was.

We all mourn the loss of Muhammad Ali. I was blessed to understand and experience how great a man he really was, the Champ, the dancer in the ring, the humanitarian — truly greater than most people will ever know. He was the Greatest. 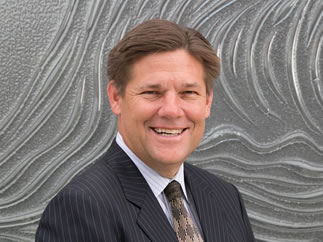