In December 2000 newspapers reported a 16-fold rise in gas prices at the California border. Energy companies blamed increased demand and a pipeline explosion but a legal team with their leaders in Hermosa didn’t buy the logic. Five years later they have won nearly $4 billion for energy consumers. Attorneys working out of a modest Hermosa Beach storefront have helped California consumers win a second billion dollar-plus settlement from a Fortune 500 energy company.

El Paso Gas and two California companies that later merged into Sempra were accused of illegally killing pipeline projects, artificially raising the price of natural gas coming into California, causing electricity prices to soar, and contributing to California’s energy crisis of 2000 and 2001.

Brad Baker of the Hermosa firm served as “head coach” of a team of lawyers from five firms, coordinating massive amounts of court filings and dozens of depositions in the U.S. and Canada, and leading successful courtroom battles against five separate motions for dismissal and 34 motions challenging evidence his attorneys were relying upon.

Partner Albro Lundy worked some of the depositions, prepared other attorneys for their courtroom arguments, and stood ready to question witnesses on the stand had the settlement not been reached. Partner Kent Burton provided consultation services to the team.

Lundy said many of challenges from Sempra lawyers could have sunk the consumers’ case.

“It was one major battle after another,” Lundy said. “Everything was on the edge. If we lost one of them we could have lost everything. But we won every single one of them.”

¨For four months down the homestretch Baker lived in a hotel next to the San Diego courthouse where the legal proceedings began and the lawsuit was eventually settled.

“When we started this journey we had as a goal that we wanted to change the way that business was conducted so that the Sempra entities could not do it to us again,” Baker said. “We think that we have accomplished this goal.”

Baker, 55, cannot yet fully decompress – the settlement now goes before state entities including the governor’s office, the attorney general’s office and the PUC.

“It’s been a long, brutal journey, and it’s not over yet,” he said.

Baker and the other attorneys on his side plan to request as much as $161 million in fees plus $9 million to cover out-of-pocket expenses. Baker said the fees paid to attorneys would probably be less than 10 percent of the amount they recovered for Californians.

Baker said about 15 attorneys spent most of their time on the case, including six who lived fulltime in San Diego. Their support staffs worked on the case as well.

Baker showered praise on Superior Court Judge Richard Haden, who presided over the case at its beginning, and Judge Ronald Prager, who took over after Haden retired and will maintain jurisdiction during the upcoming negotiations with the government entities.

But Baker saved his most lavish praise for the 12 jurors and eight alternates who spent more than two months in the box, paying close attention to the complicated arguments.

“Not one juror dropped out, not one juror was even five minutes late. They fought sickness – one man battled back spasms, he was practically dying, and he just fought through it. He was determined to see this through,” Baker said. “It really proved that the jury system works,” he said. “The average everyday person can make a difference.”

Bakers also believed the jury’s “attention and dedication” to the proceedings helped convince Sempra to settle. The Sempra attorneys might well have guessed that the jurors weren’t sticking it out through thick and thin “to validate their utility” in the end, Baker said.

The settlement was hailed by Michael R. Peevey, president of the California Public Utilities Commission, who said it “will provide significant economic benefits to electric and natural gas consumers in California.”

Peevey said consumers will see lower electricity and gas costs as the Sempra companies – SoCalGas and San Diego Gas & Electric – pay $377 million over the next 10 years, provide discounts to Californians and restructure some aspects of their operations to save consumers money.

Sempra denied any wrongdoing as the settlement of the class-action lawsuit was announced.

“This agreement will put the major pieces of energy-crisis litigation behind us,” Sempra Chairman Stephen L. Baum said. “Above and beyond the costs to our company, this settlement will provide substantial benefits to millions of energy consumers in California and Nevada.”

The case against Sempra and El Paso began to unfold in 1999 when an attorney named Lance Astrella stumbled upon a hand-written note by a high-level executive telling of a hotel-room meeting in which, it appeared to Astrella, competing energy companies agreed to commit antitrust violations.

Astrella knew that a team of high-powered, specialist attorneys would be needed to pursue the matter. Bypassing armies of sleek-suited warrior in skyscraping Century City and downtown L.A. offices he tapped Baker, who holes up in the ground-scraping Pier Avenue storefront.

In a 2003 interview Astrella said the Hermosa attorneys were known and respected by their colleagues statewide, in part because they fielded sports teams that dominated countywide law firm competitions.

“Many of the top litigation firms knew Baker, Burton through our athletic teams,” agreed the 6-foot-2 Baker, once a hard-working guard on the University of California, Irvine basketball team.

“Litigators are warriors, competitors,” he said.

Baker took the lead role in building a lawyer team that included Tom Girardi and Walter Lack of Erin Brokovich fame. (In the Julia Roberts movie about the corporate whistle blower, Girardi and Lack appear as a composite character played by actor Peter Coyote.)
âï¿½¨The initial $1.7 settlement with El Paso Gas, negotiated by the team in 2003, ranked among the largest in California history. In the settlement El Paso Gas admitted to no wrongdoing.

¨The lawsuit contended that in September 1996 top executives of Southern California Gas Company, San Diego Gas & Electric and El Paso Gas met at the Embassy Suites Hotel near Sky Harbor Airport in Phoenix, Ariz., and illegally agreed to refrain from competing against each other in the natural gas delivery markets of Southern California and Baja California.

A hand-written agenda for the Phoenix meeting called for the 11 executives to discuss “opportunities resulting from electric industry restructuring,” referring to California’s electric industry deregulation that had become law just a month earlier, according to the lawsuit.

The lawsuit claimed that an agreement reached at the “secret Phoenix meeting” went this way:

Within a month of the Phoenix meeting SoCal Gas announced that it would not compete for the Chihuahua pipeline, and two weeks later El Paso refunded money from companies that had paid to receive Canadian gas delivered through the now-dead Altamont pipeline, the lawsuit contended.

Electricity prices are tied to gas prices largely because gas is used to fire over half of California’s electric plants. In addition, when gas prices rise, the electric companies are allowed to charge more for all their power, including power generated by non-gas fired plants, the lawyers said.

So a spike in gas prices has “a multiplier effect” on the price of electricity, allowing power companies to make profits beyond offsetting their costs of buying more expensive gas, Baker said.

“The agreement eliminated potential price competition and allowed El Paso and SoCal Gas to retain their unchallenged market dominance,” the lawsuit claimed. SoCal and El Paso discussed a long-term plan to “link up supply, transportation, generation and sale of electricity” and to “think/plan position now to be ready when the opportunity comes,” the lawsuit contended, quoting from the alleged agenda.

Following the meeting El Paso Gas launched a “shopping spree” for electricity generating facilities serving California, to exploit its own advantages that had been created in the natural gas market, the lawsuit claimed.

In addition, the lawsuit contended, the companies agreed not to challenge each other’s mergers — El Paso earning regulatory approval to complete its purchase of Tenneco, while SoCal Gas and San Diego Gas merged to become Sempra Energy. In one instance of a possible merger challenge, the lawsuit claimed, San Diego Gas could have fought the El Paso-Tenneco deal, claiming that the killing of Tenneco’s California pipeline plan would prevent cheaper gas from reaching the San Diego area. San Diego Gas could have claimed that the merger would harm potential competitors of SoCal Gas, who would want to sell the cheaper natural gas to San Diego Gas, according to the lawsuit.

“The last thing that any of the coconspirators wanted was legitimate competition,” the lawsuit claimed.

“Soon after the meeting SoCal Gas and El Paso successfully implemented their plan to carve up the California and northern Mexico markets,” the lawsuit claimed. SoCal Gas was the sole bidder on the Baja pipeline, El Paso was the sole bidder on the Chihuahua pipeline, and SoCal Gas was protected from potential competition by El Paso’s ending of the pipeline projects that would have significantly lowered prices in Southern California, the lawsuit claimed.

The lawsuit also claimed that the alleged collusion exacerbated the energy crisis at the turn of the decade by driving up the price of electricity in California, through an artificial hike in the price of natural gas coming into the state, caused by reducing the number of pipelines to carry the gas. “Southern California’s ‘energy crisis’ is not simply the result of ever-increasing demand for energy by a growing population,” the lawsuit claimed in December 2000. “Rather, it is the direct result of a conspiracy among the natural gas industry’s most powerful Southern California players to preserve and maintain the market dominance that they enjoyed for many years as monopolies subject to regulation.”

“Their unlawful collusion has contributed significantly to the recent astronomical increases in the price of gas and electricity,” the lawyers contended. “As a result Southern California customers have had and will have to pay billions of dollars extra for their natural gas and electric needs.”

In December 2000, newspapers reported a 16-fold rise in gas prices at the California border. Defenders of the rising prices said they were at least partly explained by colder weather, heavy gas use by California power plants and an explosion along an El Paso Gas pipeline that limited its flow.

According to the lawsuit, increases in the price of natural gas at the Arizona-California border well outpaced those throughout the rest of the country, going from $2.40 to $4.40 for a unit called an MMBtu over a one-year period ending in June 2000, then leaping to $25 per MMBtu during 2001.

“It affected the price of every kilowatt in California,” he said.

Baker the weary warrior figures he can return to his quieter role as an estate-planning attorney about March.

“I’m looking forward to helping one client or one couple at a time instead of helping 14 to 30 million people at time,” he said. 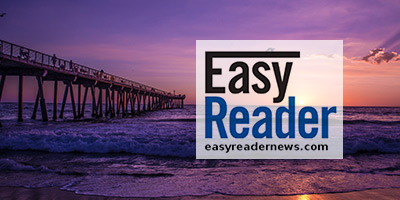